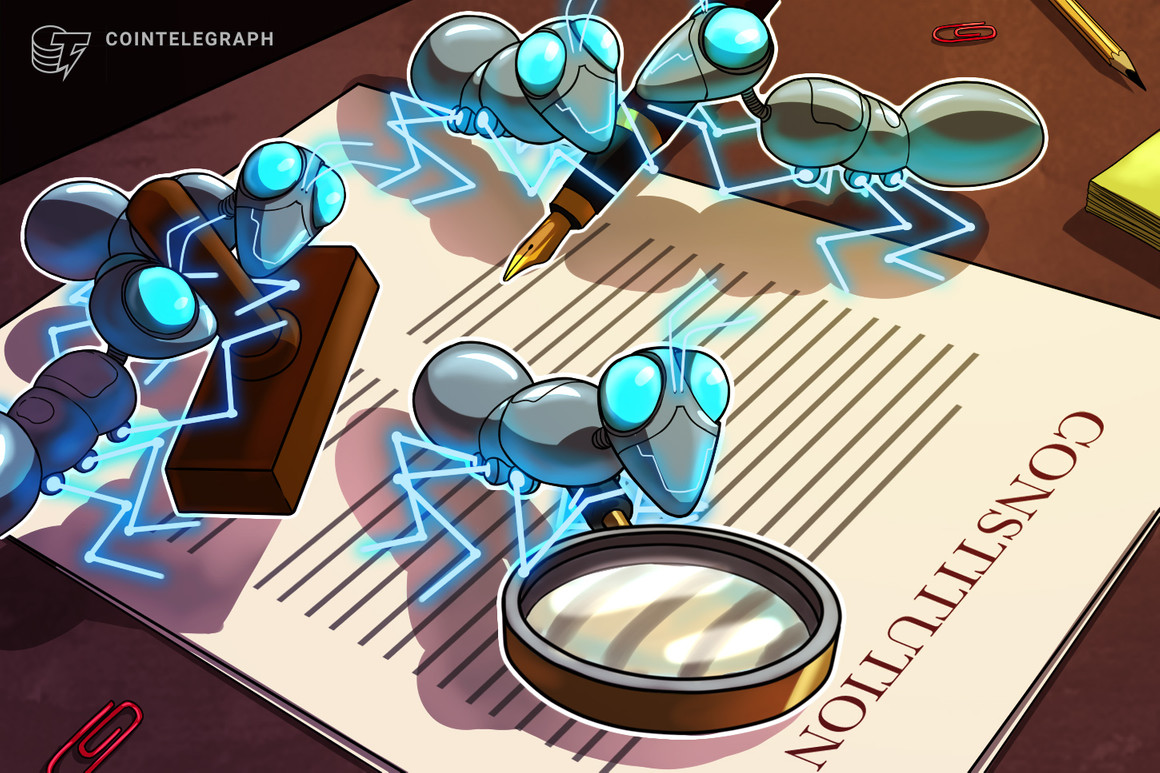 A haphazardly assembled online group of passionate people who formed a decentralized autonomous organization, or DAO, and pooled a spectacular amount of Ether (ETH) for a noble cause came tantalizingly close to pulling off an incredible feat of collective action.

While they fell short of reaching their main goal — securing the last privately owned print copy of the United States Constitution’s first edition in order to make it available to the public — the speed, scale and efficiency of the decentralized effort were profoundly impressive. The fact that the group’s objective was to preserve an artifact epitomizing the most successful attempt to date to conceive a rationally structured, rules-based societal order is also freighted with symbolism.

Below is the concise version of the latest “Law Decoded” newsletter. For the full breakdown of policy developments over the last week, register for the full newsletter below.

The last of the 13 surviving copies of the original print of the U.S. Constitution remaining in private hands went up for auction at art broker Sotheby’s last week. Mere days before the bidding was slated to start, an online initiative to crowdfund buying the document to make it freely available to the public, christened ConstitutionDAO, began to gain traction.

In less than a week, upward of 20,000 people joined the group’s Discord server, and the dollar-denominated amount of ETH collected via Juicebox, a platform for Ethereum-based DAOs, exceeded $49 million. As the bidding unfolded, the group came close to securing the document yet ultimately fell short — reportedly due to failing to raise enough money to establish a reserve fund needed to preserve it.

The notorious infrastructure bill, which carried several provisions widely believed to be detrimental for crypto users and businesses in the U.S., became law during a pompous signing ceremony last week. Of particular concern is the requirement that digital asset transactions worth more than $10,000 be reported to the Internal Revenue Service.

As expected, the bill’s passage only catalyzed the pushback from crypto-friendly lawmakers. Days after President Joe Biden’s signing of the infrastructure bill into law, a bipartisan group of U.S. Congresspeople, spearheaded by Representatives Patrick McHenry and Tim Ryan, introduced the Keep Innovation in America Act, which would amend the overly broad definition of a broker and push back the enactment of reporting requirements from 2024 to 2026.

Last week’s news cycle brought several unrelated stories of regulators’ unfriendly actions against crypto miners from vastly different jurisdictions, which, hopefully, do not reflect a rising global trend. China continued to crack down on what remains of the nation’s once-thriving cryptocurrency mining sector by pressuring state-owned organizations and businesses to cease Bitcoin (BTC) mining once and for all. Meanwhile, in the U.S., a mining firm has found itself under Securities and Exchange Commission investigation, leading to the entire sector’s stock prices taking a dip. The president of Kazakhstan — the nation that rose to the No. 2 spot in the world’s hash rate share race thanks to China’s exit — bemoaned the state coffers receiving a very small share of mining revenues, a statement that could be a prologue to intensifying regulatory scrutiny of the booming industry.